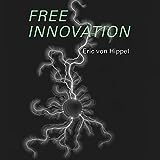 In this book, Eric von Hippel, author of the influential Democratizing Innovation, integrates new theory and research findings into the framework of a “free innovation paradigm.” Free innovation, as he defines it, involves innovations developed by consumers who are self-rewarded for their efforts, and who give their designs away “for free.” It is an inherently simple grassroots innovation process, unencumbered by compensated transactions and intellectual property rights.

Free innovation is already widespread in national economies and is steadily increasing in both scale and scope. Today, tens of millions of consumers are collectively spending tens of billions of dollars annually on innovation development. However, because free innovations are developed during consumers’ unpaid, discretionary time and are given away rather than sold, their collective impact and value have until very recently been hidden from view. This has caused researchers, governments, and firms to focus too much on the Schumpeterian idea of innovation as a producer-dominated activity.

Free innovation has both advantages and drawbacks. Because free innovators are self-rewarded by such factors as personal utility, learning, and fun, they often pioneer new areas before producers see commercial potential. At the same time, because they give away their innovations, free innovators generally have very little incentive to invest in diffusing what they create, which reduces the social value of their efforts.

The best solution, von Hippel and his colleagues argue, is a division of labor between free innovators and producers, enabling each to do what they do best. The result will be both increased producer profits and increased social welfare – a gain for all.

PLEASE NOTE: When you purchase this title, the accompanying reference material will be available in your Library section along with the audio.

This website uses cookies to improve your experience while you navigate through the website. Out of these, the cookies that are categorized as necessary are stored on your browser as they are essential for the working of basic functionalities of the website. We also use third-party cookies that help us analyze and understand how you use this website. These cookies will be stored in your browser only with your consent. You also have the option to opt-out of these cookies. But opting out of some of these cookies may affect your browsing experience.
Necessary Always Enabled

Any cookies that may not be particularly necessary for the website to function and is used specifically to collect user personal data via analytics, ads, other embedded contents are termed as non-necessary cookies. It is mandatory to procure user consent prior to running these cookies on your website.